IN AN ERA when flying and zipping between continents was still considered a novelty and very much an activity of the privileged, German film diva Ellen Richter and her husband, film director Willi Wolff, created The Flight Around the World, a world-travel fiction film that cinematically transported an envying audience to real locales across the surface of the globe. It was a two-part blockbuster that combined a riveting story about a flying race with star appeal (the attractive Ellen Richter was the gutsy heroine), exotic sightseeing (Aden, Colombo, Singapore, Canton, Yokohama), and exceptional on-location shoots. (Most other fiction films involving faraway places had depended on studio replicas or stock footage from travel documentaries.)

In the film, aircraft manufacturer Rix is set to outdo its competitor Renard, by designing and flying a plane that can go around the Earth in a record time of 13 days. Eléonor Rix the circumnavigating female pilot (preceding Amelia Earhart by more than ten years!), is accompanied by a mechanic (a Renard spy in disguise), and an insurance agent tasked to ensure that everything goes smoothly, for quite obvious reasons. They almost didn’t make it to Singapore. Their journey is sabotaged during the Colombo-Singapore leg, when Renard succeeds in shooting the plane down. The trio survives the crash and is rescued at sea by a sailing vessel (a tongkang) that doesn’t favour British ports but agrees to bring them to the waters off the colonial island – Singapore.

Leaving the pilot and fake mechanic at sea, the insurance agent lands on the Singapore island via a sampan to scour opportunities for their onward journey to China. Here, the film features brief moments of the agent (actor Hans Brausewetter) calling at various places in Singapore. He locates the fictional Rix office in a suburban neighbourhood (we couldn’t identify its actual location), and has a new suit tailored at ‘G. Ohira & Co. Tailors’, situated at 82 Bras Basah Road, near the junction with North Bridge Road where trams are plying. The spire of the Cathedral of the Good Shepherd is faintly visible in the background.

Subsequently at Raffles Place, he looks down Battery Road and its rickshaw stand, with the Exchange building at Fullerton Square in the distance (this was before Fullerton Building was built in its place in the late 1920s; the Exchange’s neighbour, the Post Office, had also been torn down by the time the film was made). Then, he crosses the Battery Road/Chulia Street/Bonham Street junction amidst a crowd of criss-crossing rickshaws, with the ornate Bonham building in the background, to enter what is likely to be John Little & Co. in reality (Renard’s office in fiction).

As far as our research has uncovered, this very concise ‘drop-in’ was possibly the earliest instance of real Singapore places presented in a feature-length fictional film. There might have been precedents but probably none has survived as well as this sequence from The Flight Around the World – preserved and published in a format (DVD) that allows us convenient access to moving images of the streets (and people, and faces) of yore in pre-war, colonial-era Singapore. 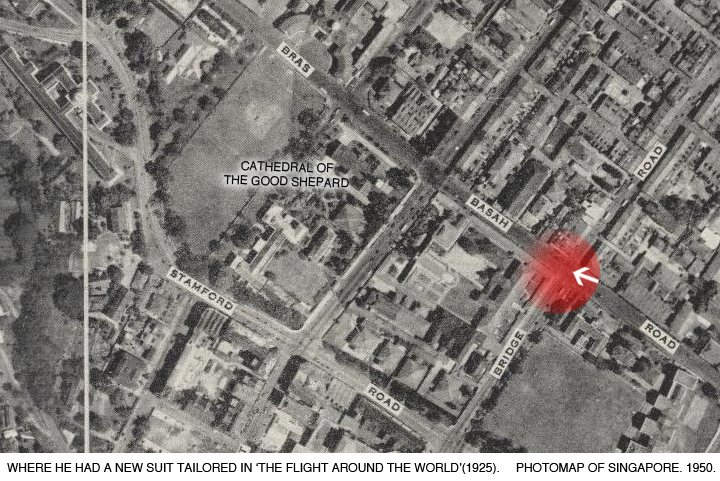 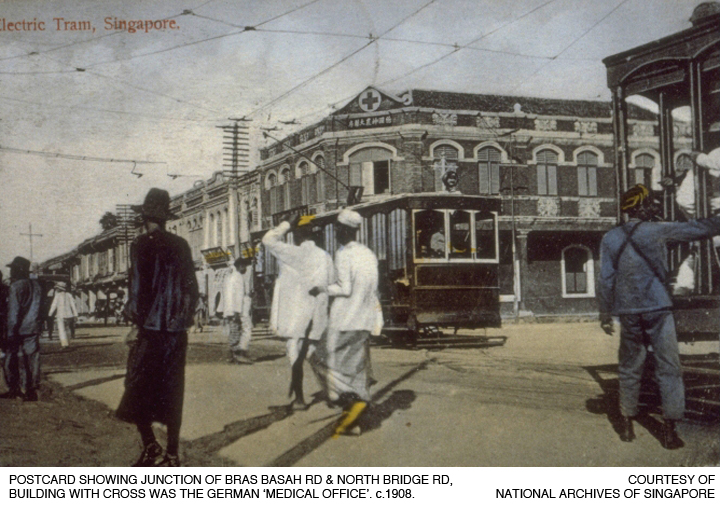 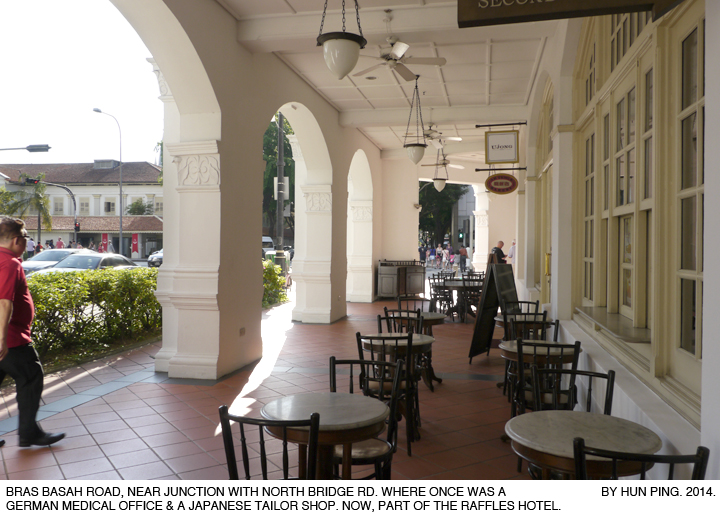 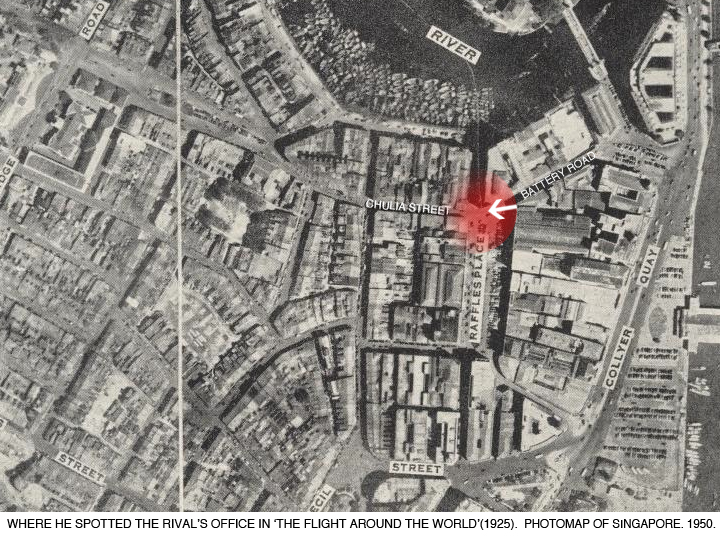 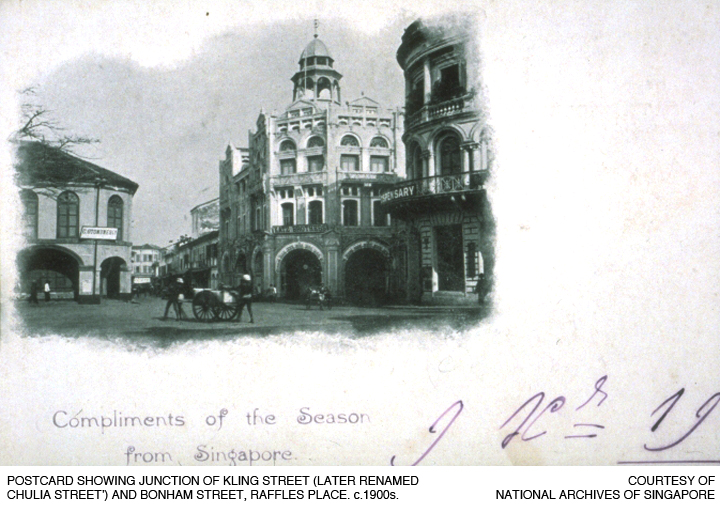 Photographs (Then):
Courtesy of National Archives of Singapore