In this tragic, melodramatic tale set in Malaya and Singapore, Zung-wah 罗仲华 (Law Kim-long), a teacher, is in love with Ling-yim 红菱艳 (Fong Yim-fun), a leading songstress at a nightclub. Ling-yim willingly leaves her singing career so as to co-habit with Zung-wah. (This was then considered a viable alternative to legal marriage for committed couples to live together; local Chinese newspapers of that era contained many such ‘pronouncements of cohabitation’ – 同居启事 .) Zung-wah is then forced to resign when his school principal discovers that he is cohabiting with a songstress (what the society-at-large deems to be a lowly and inglorious profession). He is left unemployed, unable to pay the rent, and also earns the ire of his mother for living with Ling-yim. What’s worse, he falls seriously ill and a helpless Ling-yim eventually accepts his mother’s request to leave him.

Though the title suggests Penang as the sole film location, the outdoor scenes in Belle in Penang were in fact also filmed in Singapore, utilizing the filming crew of Singapore’s Nusantara Film Productions/Nanfang Film Studio 南方电影制片厂. (The interior scenes were all shot in Hong Kong studios, except for a scene with Malay dancers which was shot in Nusantara/Nanfang’s film studio in Bukit Timah’s De Souza Avenue.).

The movie opens with a panning shot of downtown Singapore, of Mount Sophia and the area around Selegie Road, as filmed from Dhoby Ghaut’s old Cathay Building, then one of the tallest skyscrapers in colonial Singapore. The pan shot takes in part of the former Methodist Girls’ School at Mount Sophia (of late the ‘Old School’ arts enclave, and now being redeveloped into a luxurious residential site which would retain some existing buildings, but likely limit public access to them); the Eu Villa, the grand ornately-decorated mansion that belonged to business tycoon Eu Tong Sen’s family (it was demolished in 1981); and the urban sprawl of shophouses that surrounded Prinsep Street, Selegie Road and Middle Road.

Some of the old shophouses that appeared in the above pan shot still exist today, notably:

1. David Elias Building at the junction of Selegie Road, Short Street and Middle Road; it was built in 1928 by a Jewish merchant and designed by architects Swan & MacLaren in a “stripped” neo-classical style;
2. Former Middle Road Hospital, next to David Elias Building; it was built in the 1940s during the Japanese Occupation as ‘Doh-Jin’ Hospital, designed by local architect Kwan Yow Luen. After the war, the hospital was known for treating skin and venereal diseases.
3. Former Registry of Vehicles building; it now houses the Elections Department.
4. Building at junction of Prinsep Street and Selegie Road; it is now the Selegie Arts Centre.
5. Two-storey ‘early-style’ shophouses along Prinsep Street; now part of the ‘Cheang Jim Chwan Place’ Conservation Area, and are currently occupied by eateries and nightclubs (collectively known as ‘Prinsep Place’). 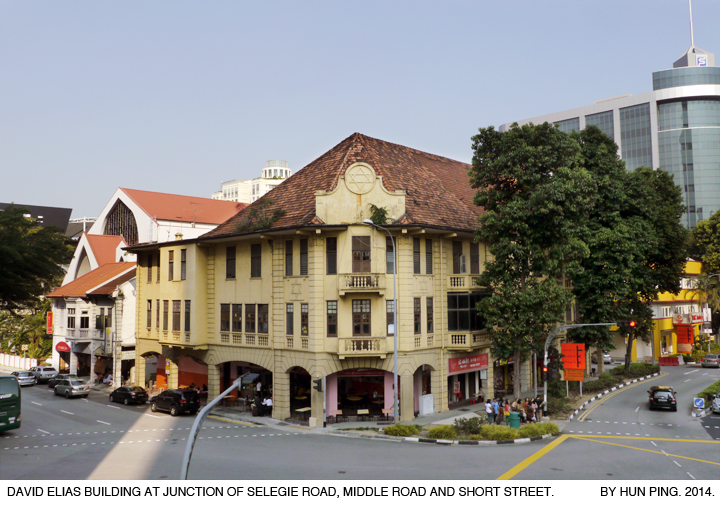 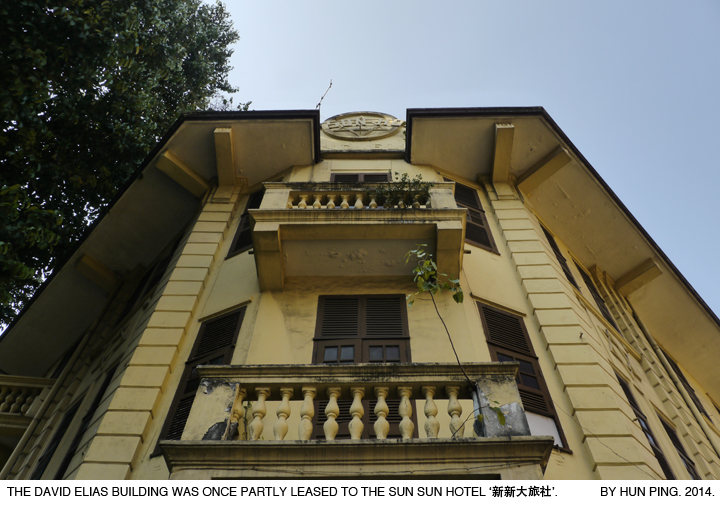 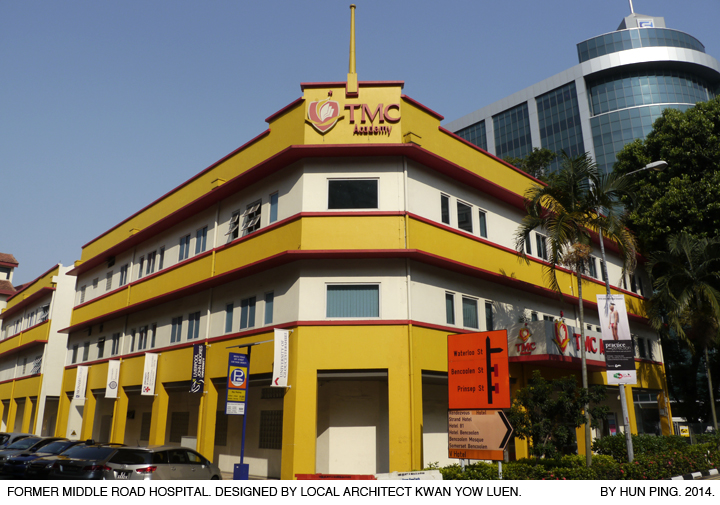 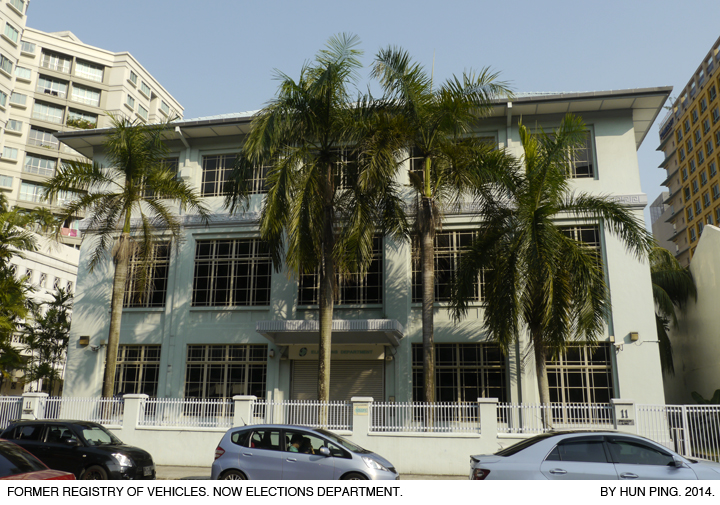 Another pan shot from the old Cathay Building features later in the film, this time of Dhoby Ghaut and its vicinity; it takes in the old Malayan Motors showroom (now a private school); Amber Mansions (demolished, site taken over by a MRT station); Cathay Cinema’s art-deco facade; Y.M.C.A. Tennis Pavilion (demolished, now part of Singapore Management University) and the shophouse (Rendezvous Hock Lock Kee Restaurant) at the corner of Bras Basah Road and Prinsep Street (now conserved as part of the Rendezvous Grand Hotel). 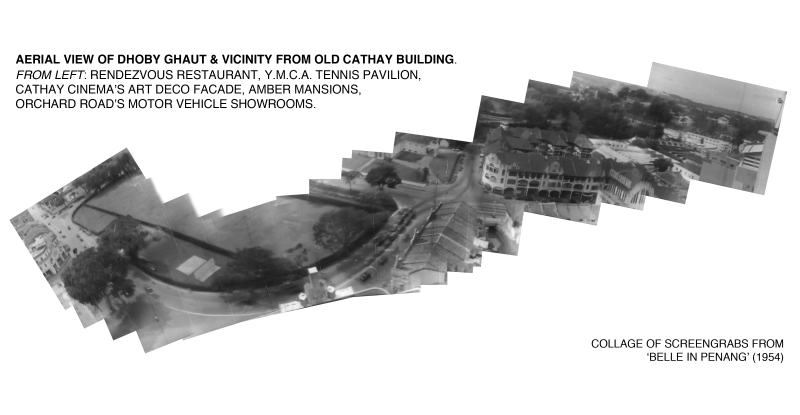 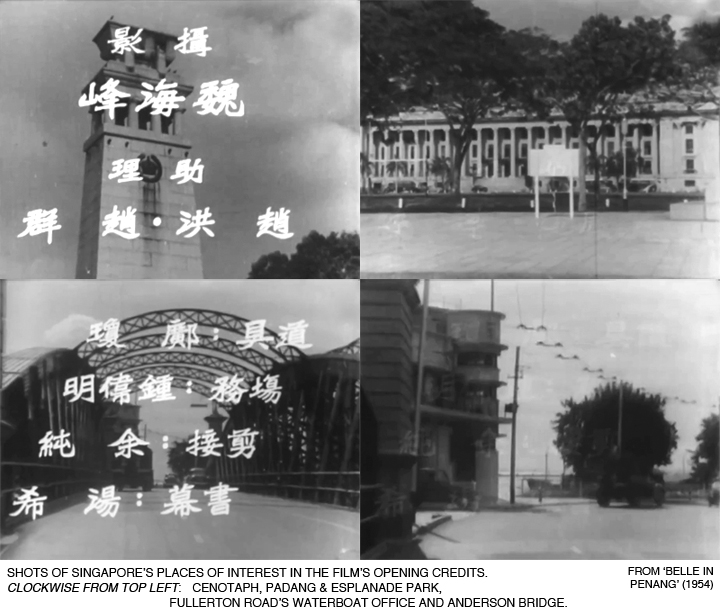 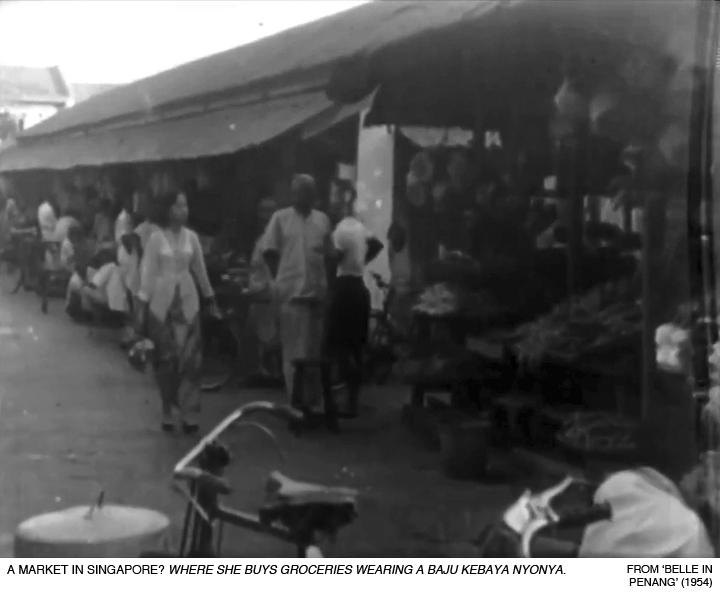 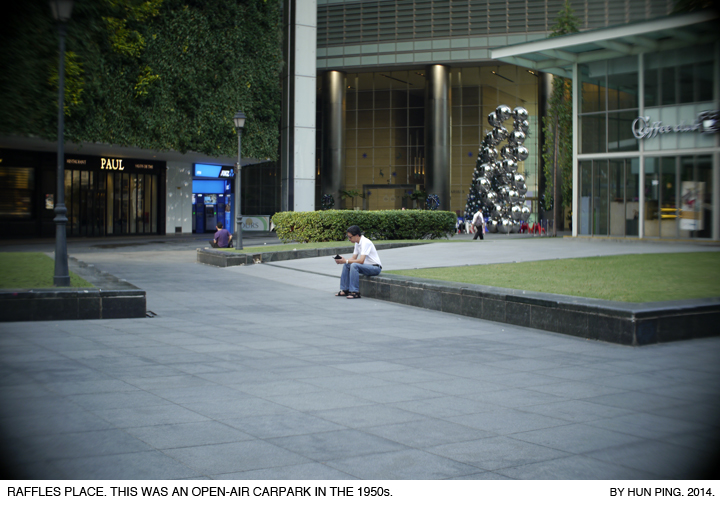