SAUDAGAR MINYAK URAT IS A FARCICAL COMEDY FILM about a tyrannical wife and her flirting husband. To avoid bickers, the husband would pretend to be frozen stiff whenever she begins to reprimand him. She seeks the advice of a bird-mask-wearing trickster to help keep her husband’s fooling around in check. The husband retaliates by hiring his own spell-casting ‘bomoh’, who is also a fake. (We suppose the trickster-characters in the film are the reason for the film’s Malay title – ‘massage-oil or snake-oil merchant’ is often used to refer to a swindler who sells fake stuff.)

The film itself isn’t fantastic, but it contains a song that is very popular among fans of P. Ramlee’s music. The song is ‘Bila Mama Pakai Celana’ (literally ‘When Mama Wears Pants’), composed by P. Ramlee and sung by Aziz Sattar in the film. The song sequence has Aziz and a group of bathing suit-clad revelers dancing to the song while twirling the hula-hoop. It was filmed on location at Paris Ris Hotel’s swimming ‘pagar’ (a sea-water swimming pool formed by planting ‘fences’ in the waters around a beach). 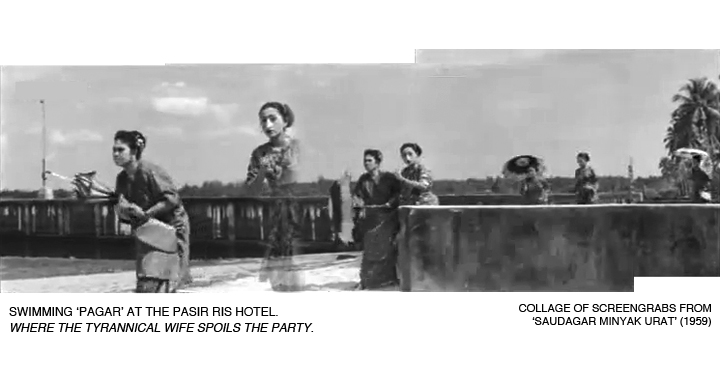 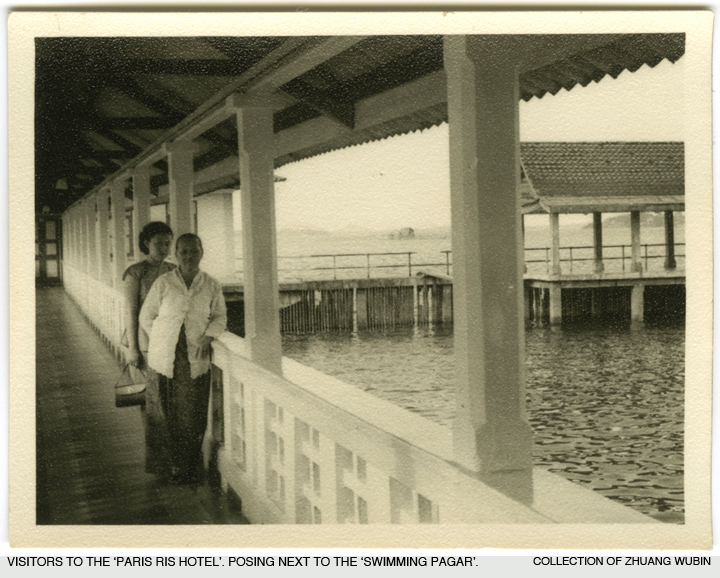 The Pasir Ris Hotel, located along the Pasir Ris beach at the end of Elias Road, opened in mid-1952 and was converted from a mansion belonging to the late Joseph Elias. By May 1959, it had become a transit hotel for the British Royal Air Force personnel and their families. There were multi-million-dollar plans to develop and extend the hotel into a tourist centre and resort in 1976, but these prospects were probably shelved when it was decided that the waters off the beach near the hotel would be reclaimed and developed into a town park. The hotel bungalow was kept open at least until 1983 but was demolished when land reclamation works at Pasir Ris went underway between the mid-1980s and ‘90s.