WHEN SAMARANG – a Hollywood-produced silent fiction movie about a Malay fishing village’s pearl divers – was first released in the theatres, it was touted and advertised as “Malaya’s first sensational thriller filmed entirely in Singapore with local artists”. That was rather contentious because there were definitely precedents that came close to that description. The year 1927 saw the release of a local Chinese fiction film New Friend (or New Immigrant) (新客), produced by the Singapore-registered Nanyang Low Pue-Kim Independent Film Production Company (南洋刘贝锦自制影片公司). Now considered lost – no prints of the film remain, New Friend  (or New Immigrant) also employed a mainly local cast and was predominantly shot in Singapore and neighbouring Johor Bahru. Then, there was the jungle adventure movie Bring ‘Em Back Alive in 1932, majority filmed in Singapore’s menageries and forests, though the feel of this film was hardly local or Malayan. It was too heavy with the egotistical heroics of Frank Buck the American animal collector, the exoticism imposed on the tropical jungles and its native animal species, and the condescension towards supporting local cast members. 1933’s Samarang itself also contained scenes that were filmed outside of Singapore, for example, scenes of aboriginal tribes in the Malayan Peninsula. But we digress.

Samarang (or ‘Semarang’ the contemporary spelling) is of course, in fact, the port city on the north coast of Java, Indonesia. But you can always depend on Hollywood to put a twist to reality, so the coastal landscape of Singapore was taken up as the masquerading film location. The film director Ward Wing did not contrive to recreate Samarang on screen though, and we doubt he had even visited the place. He, and his wife Lori Bara who wrote the story, merely borrowed the port’s name for the fictional fishing village at the center of the film.

Samarang tells the story of a fearless Malay youth named Ahmang, who takes an interest in Sai-Yu, the daughter of a chieftain from the same village, and hopes to marry her. However, his meager earnings from coastal fishing and his paltry status make him feel inferior to Sai-Yu. He decides to join a group of villagers on a pearl-diving trip to the faraway ‘Forbidden Lagoon of Sakai’. A lucky haul of the prize pearl can bring him riches and secure his marriage to Sai-Yu, but the task is also highly risky due to lurking man-eating sharks in the perilous waters.

Local newspaper reports about the making of the film suggested that the fishing village scenes might have been shot in one of the coastal areas in Singapore. The Straits Times (‘“Out Of The Sea” Off Singapore’. 9 Oct 1932, p. 9) wrote that casting auditions for the film were conducted “among the picturesque palms and by the sunny foreshore of Katong” – which was close to how the fishing village in the narrative appeared in the released film. The Singapore Free Press (‘Shooting Films in Singapore’. 21 Sep 1933, p. 4) then quoted Lori Bara: “… the pungent aroma of wild tropical verdure wafting down to the rhythmic sea – that was my first impression of Pulau Kusu, the jungle island in the Malay Straits where my husband and I were to make our home for many months.” Later, a Straits Times ‘diarist’ wrote about Samarang after watching it: “… No doubt those who saw the results of Ward Wing’s visit to this part of the world, … thought they saw in the Changi foreshore romance and colour…”(‘Holidays in the Sun’. 1 Apr 1934, p. 6). Of course, Lori Bara and anyone reporting on Hollywood filmmaking were likely to exaggerate or fabricate matters so as to sensationalize their stories, but we thought those reports might still serve as handy starting points.

A closer examination of the film images suggests that the location was likely a Malay seafront kampong at the edge of a coconut plantation, on a coast that wasn’t opposite or near to any offshore islands. If we may make a wild guess… perhaps whereabouts on Singapore’s east coast – Katong, Siglap, or Changi? Kampong Siglap, Kampong Bedok, or Kampong Padang Terbakar? Or a Malay kampong on one of Singapore’s offshore islands?

Regardless of the kampong’s exact location, Samarang can still potentially offer a somewhat faithful and general sketch of early 20th century Malay kampong life in Singapore. The film grants an enduring glimpse of the past that is apt for comparison with how common folks in Singapore live in more recent times – a contrast that will become all the more pronounced as kampongs are on the way to extinction here; the last surviving kampongs can still be found in due-for-demolition Lorong Buangkok and in offshore Pulau Ubin. 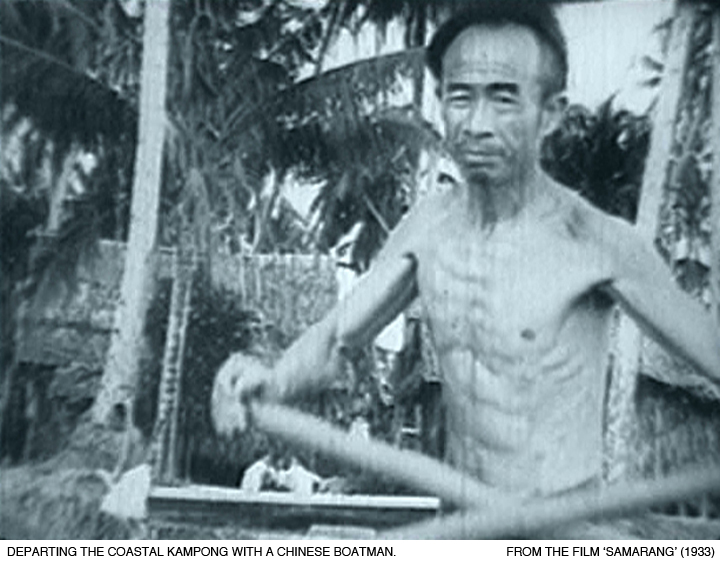 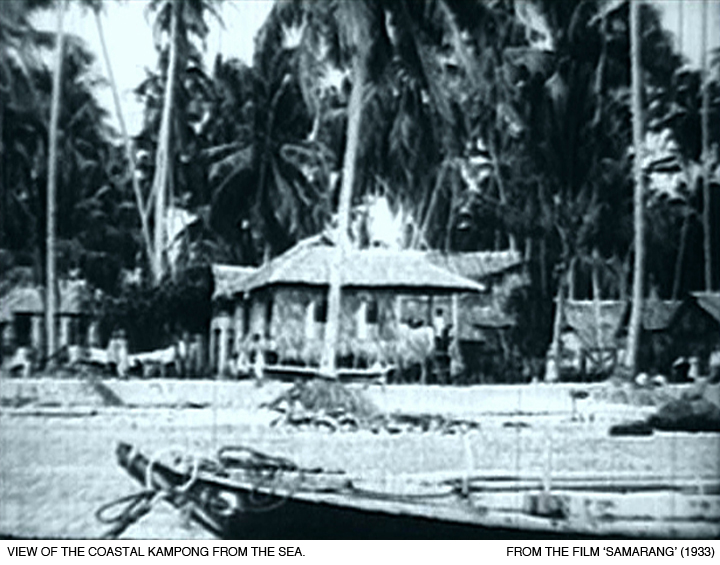 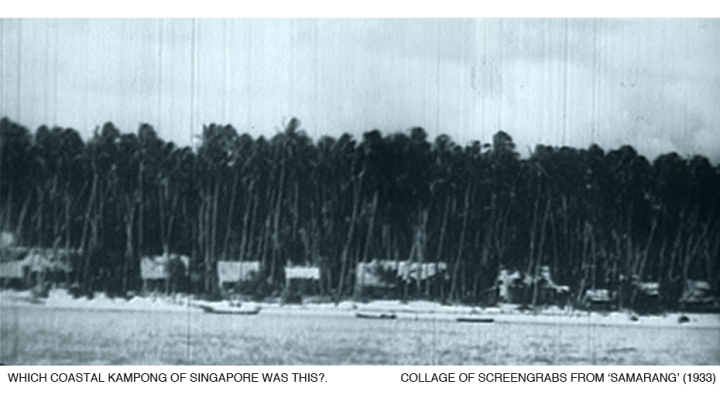 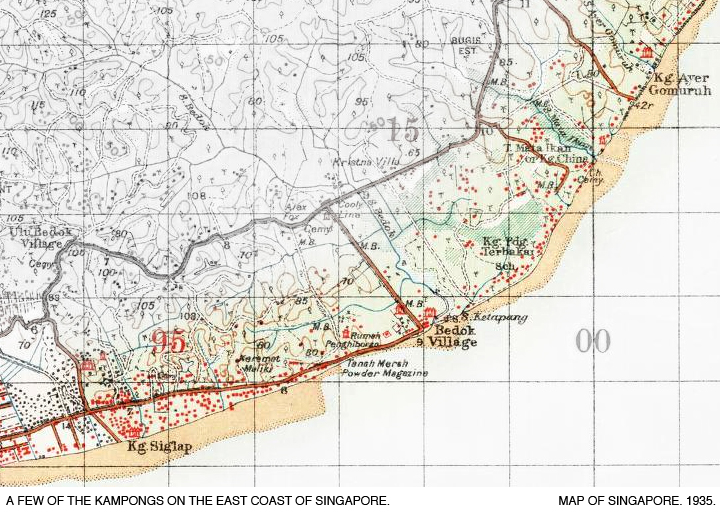 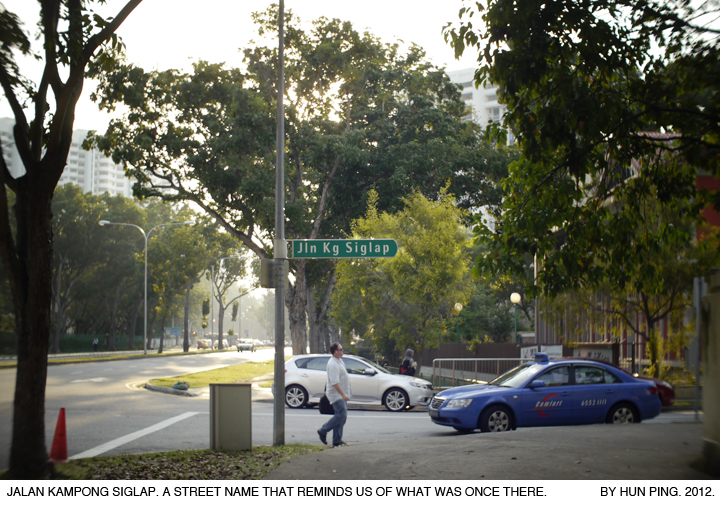 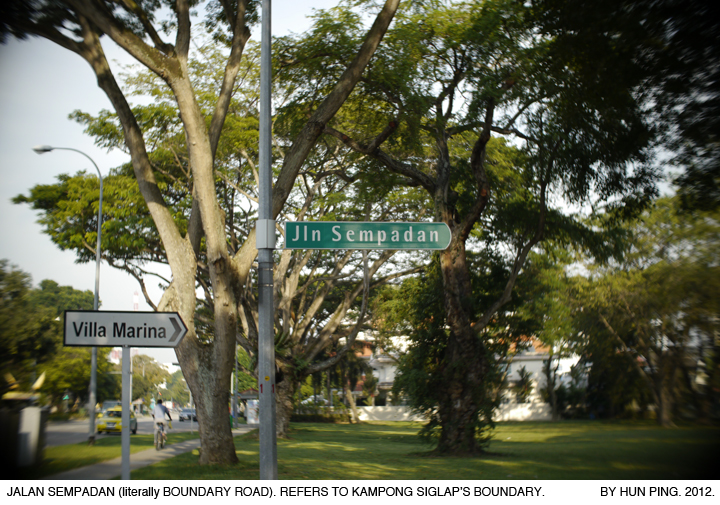 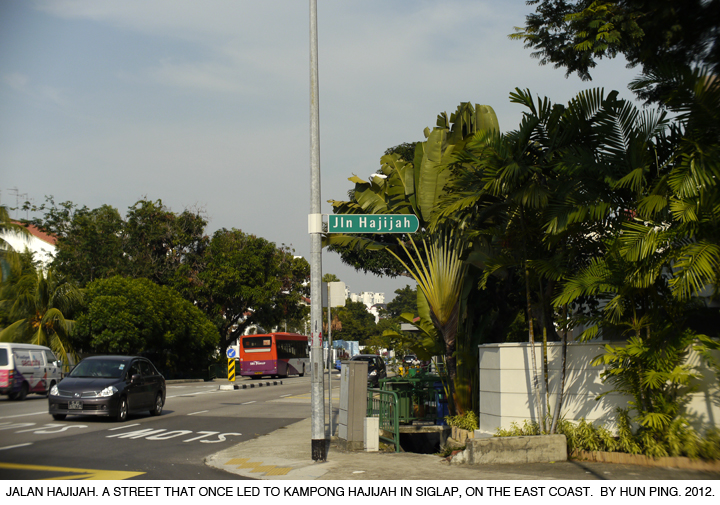