IT IS PERHAPS INEVITABLE that the burgeoning trend of making pseudo-documentary wildlife adventure films, which began in ‘remote and exotic’ regions such as Africa or the Arctic, will hit the shores of equatorial Singapore eventually. And it did in the early 1930s. Animal trader-turned-author-film celebrity Frank Buck was the one of the earliest instigators. Before him, Martin and Osa Johnson had stopped over in Singapore after shooting footage in the wilderness of North Borneo for their feature film Jungle Adventure (1921). It might have resulted in a documentary short The Visit to Sandakan and Singapore (1923), but they never felt inclined to make something lengthier and ‘wilder’ on location here.

By comparison, Frank Buck, a Texan American, was more shrewd and wily. He figured that he could pack similarly appealing jungle amusement in a film without plunging deep into the tropical forests. From where he was based in Singapore, he probably never traveled beyond Sultan Ibrahim’s estate in Johor to shoot his film. (The Sultan, an avid animal hunter, was a close friend of Frank Buck’s.) More often than not, Frank and his team shot footage of him spotting and capturing animals – which were frequently battling one another, all presumably staged – in menageries and rural spots in Singapore that appeared to resemble the remote Malayan and Sumatran jungles, passing them off as authentic witnesses of wild animals in their natural environment and genuine occurrences of beastly rivalry.

Those phony ‘spot and capture’ footage, accompanied by Frank Buck’s incredible voice-over yarn-spinning, became the feature film Bring ‘Em Back Alive, the cinematic counterpart to Frank Buck’s similarly titled book published in 1930. The book itself was a semi-fictional account of his numerous animal-collecting expeditions in Borneo, Sumatra, Malaya and India, to name a few places. The film version was more closely associated with Singapore though, with a substantial amount of scenes shot on location here.

The film begins with Frank Buck’s arrival in the Singapore Harbour on a steamship. The audience is then treated to a tour of the shophouse streets in downtown Singapore, as Frank Buck rides on a rickshaw that plies the main thoroughfare through town – North Bridge Road and South Bridge Road, before finally alighting in Empress Place. He is to meet a rendezvous at Singapore River’s Cavenagh Bridge; his ‘number-one boy’ – a term that Euro-American tuans used to address their senior local male servants – Ali, will be arriving in a sampan to ferry him up Singapore River into the distant Malayan jungles (a falsity of course!).

Away from the urban Singapore, Frank Buck settles into his tasks of amassing jungle creatures, captured alive and destined for zoos and circuses all over the world. In reality, there was no need to go hunting especially for the film shoot, as animal ‘talents’ were bountiful in Singapore’s then-thriving menageries, wildlife wholesale centers and Mr. Basapa’s Punggol Zoo. According to a Straits Times report (‘Singapore wild animal collector is dead’. 23 Oct 1962, p.13), one such menagerie owner, Mr. Herbert de Souza, who ran a ‘Mavfield Kennels and Zoo’ at 589 East Coast Road, had assisted Frank Buck during the shooting of Bring ‘Em Back Alive. (Herbert de Souza would later appear as a cast in another jungle film set in Singapore, titled Booloo [Clyde Elliott, 1938]).

A dig into the newspaper archives reveals more. Frank Buck had admitted to a Straits Times reporter that many close-ups scenes in the film were actually “made in Jurong Road; other shots were made up-country” (5 Apr 1933, p. 12). This was in response to charges of fake scenes and forgery in the film, especially after the film’s director Clyde Elliott came clean with the film team’s ploy – that in actual fact, 90% of the film was shot in Singapore, and a scene with the baby elephant was shot in Reformatory Road (later renamed Clementi Road), and the animal fight scenes were not real fights at all (‘Tempting a Tiger with a Chicken’. The Singapore Free Press, 14 Dec 1932, p. 6).

After the box-office success of Bring ‘Em Back Alive, Frank Buck chucked the spoiler Clyde Elliott aside and found Armand Denis of Goona Goona fame to direct his second feature Wild Cargo (1934), partly shot in Singapore again. A third feature, Fang and Claw (1935), soon followed but it proved to be the final installment of Mr. Frank’s exploits and forgeries in Singapore and the Malayan jungles. His subsequent proposals, pre- and post-war, for more ambitious projects such as adventure films based on the lives of Stamford Raffles, Sarawak’s White Rajahs and Johor’s Sultans, and a film about ‘jungle bandits’ (a reference to the guerilla communist soldiers of the Malayan National Liberation Army during the Malayan Emergency [1948-60]), all fell through, for lack of interest and funding. By then, Frank Buck was probably already a spent force in the film circles. 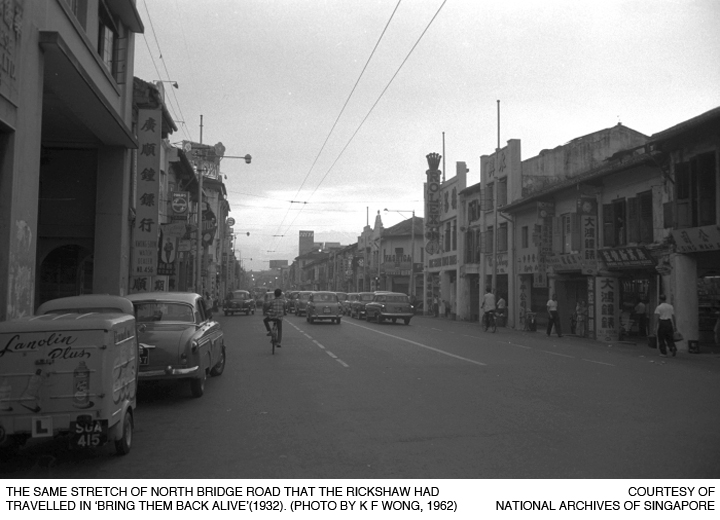 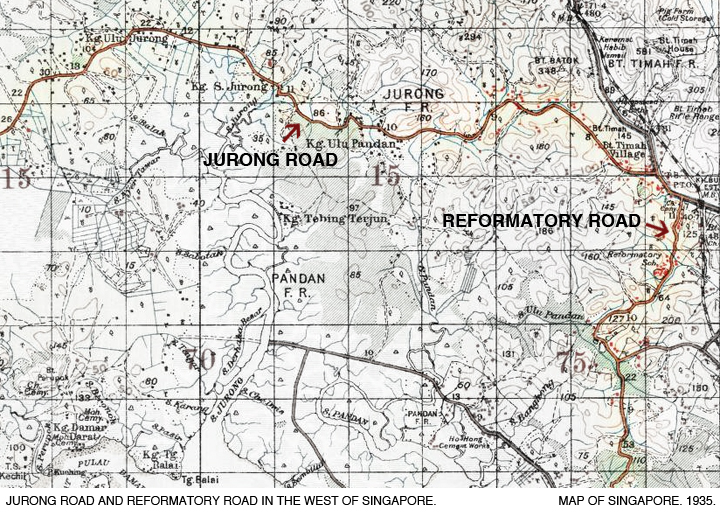